Messing around with sub-surface zeners (part 1) 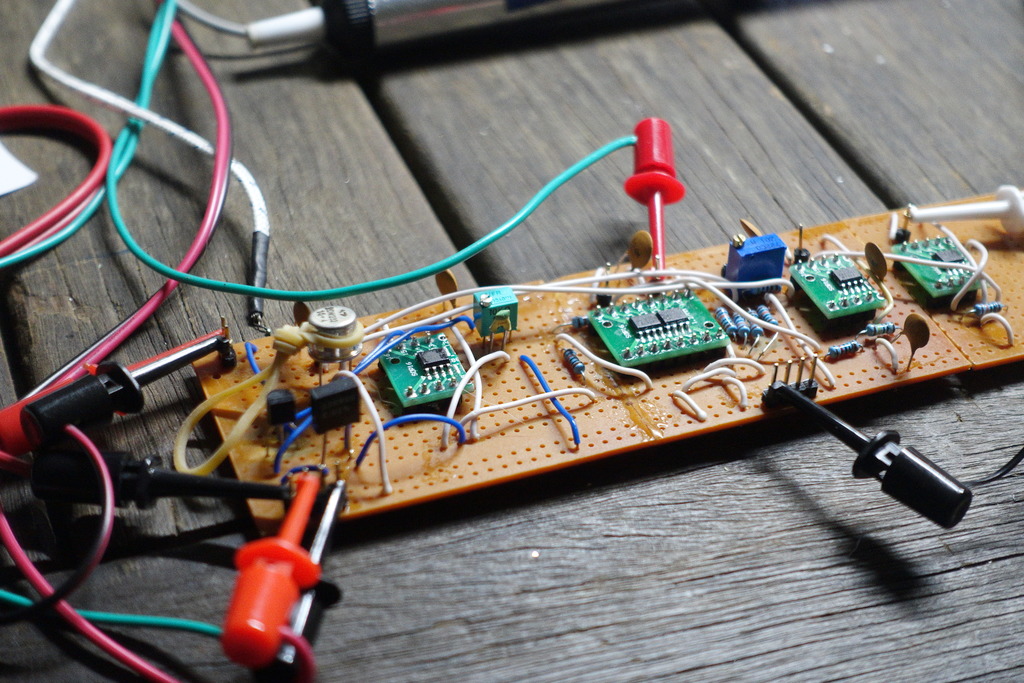 The 2dw232 features a pair of buried zener diodes implemented in a back-to-back configuration on a single silicon substrate. The component is reported to have low noise, balanced tempco and high-stability - useful properties when it comes to creating precision voltage-references. However, to take advantage of the desirable properities requires some circuit complexity.

Adding heater regulation to the 2dw232

The heater is a simply a 200ohm resistor bonded with epoxy to the underside of the 2dw232 case. It looks like this, 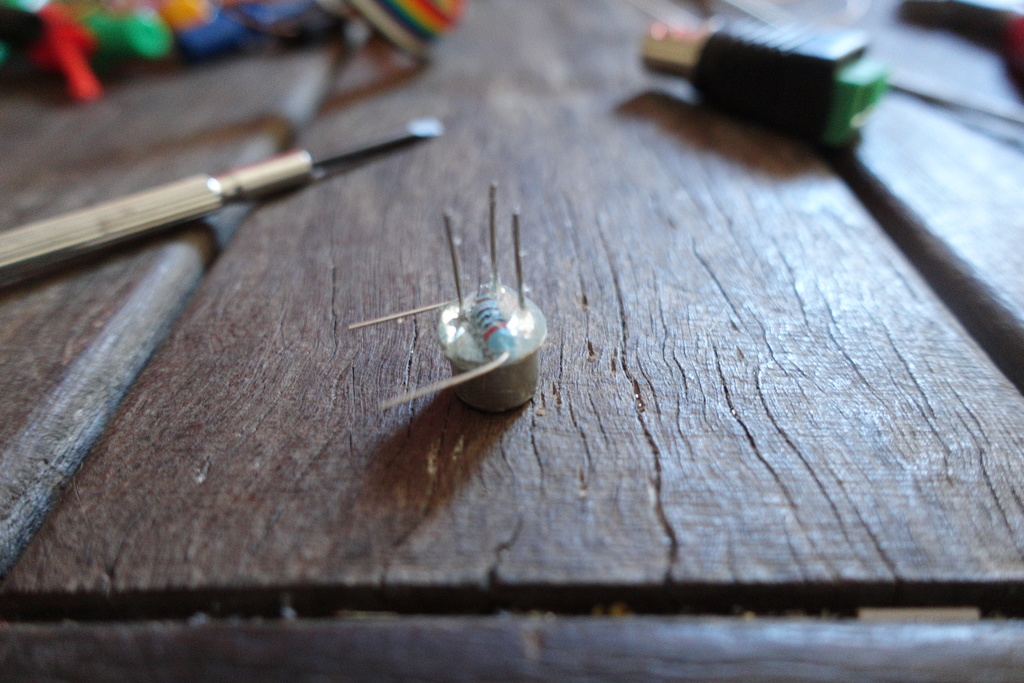 When the heater is disabled, the component runs at around 40C due to the ~=20mA zener current alone depending upon ambient conditions. The current temperature setpoint of 55C provides around 15C of headroom for regulation.

The measurement interval is 10 seconds. 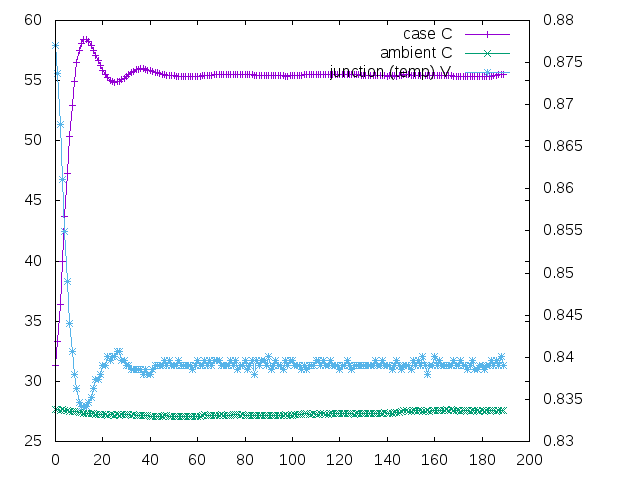 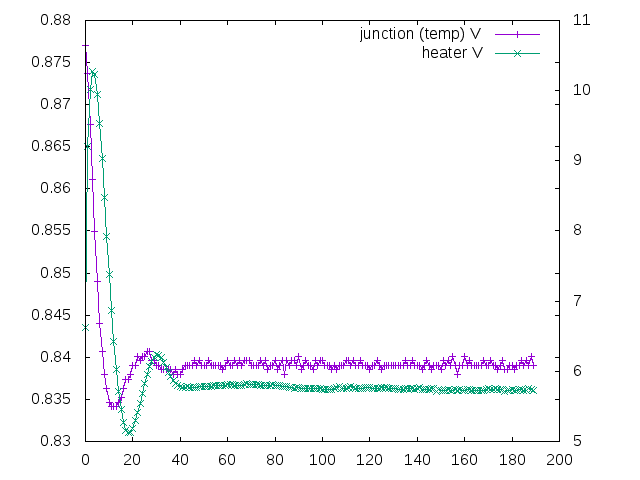 Plot of the output-reference voltage and on-die temperature showing significant correlation. This is bad and indicates that the tempco of the forward and reverse biased diodes are not in balance. Despite this it appears that the reference output shows stability to within 100uV. 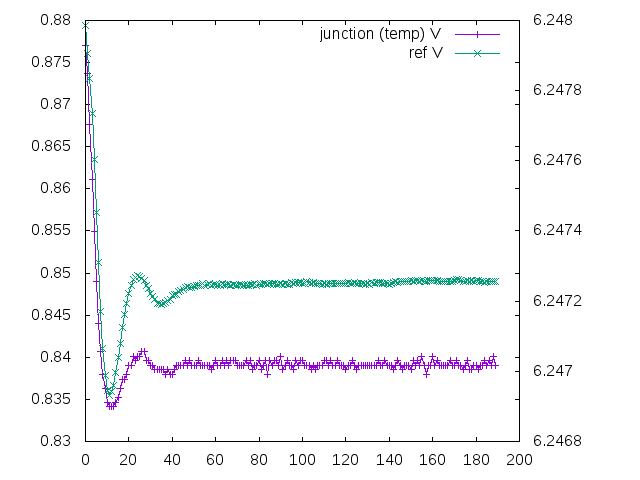 Same as the previous plot, except the output-reference voltage is plotted directly against on-die temperature. The current with maximum temperature stability will be somewhere off to the right - such that the top of the parabola co-incides with the set-point temperature 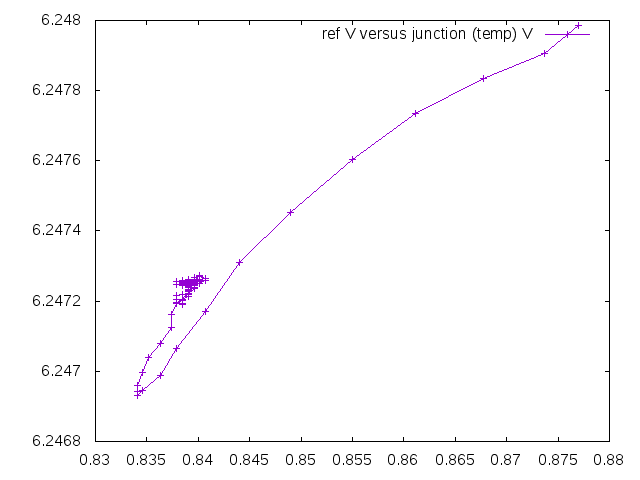