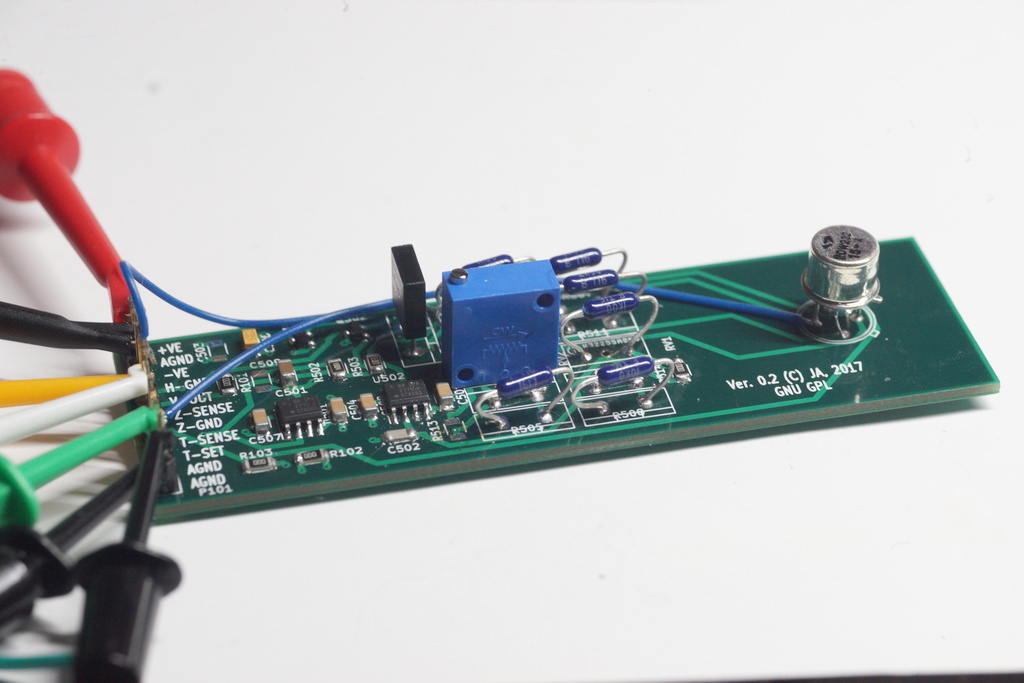 Plot from cold-start to operating temperature. t-set is adjusted to coincide with TC0 around 60C case temperature. Zener current is around 26mA. 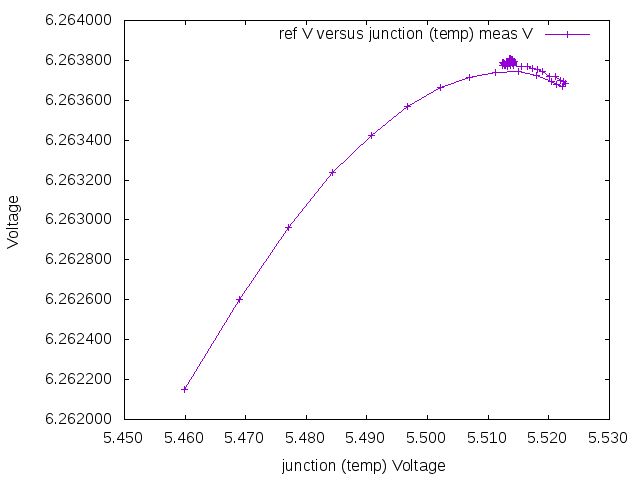 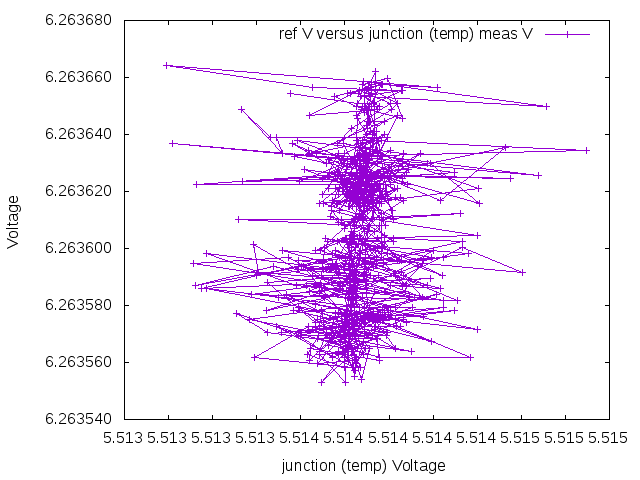 But the zener sense V is strongly correlated with ambient temperature - indicating unstabilized components are problematic. Almost 100uV over 5C. 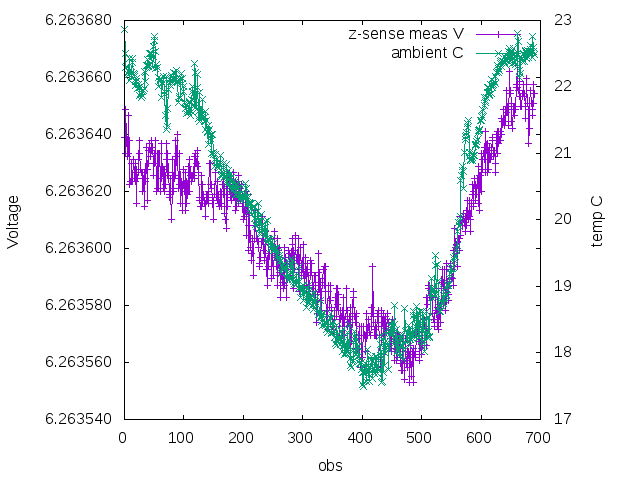 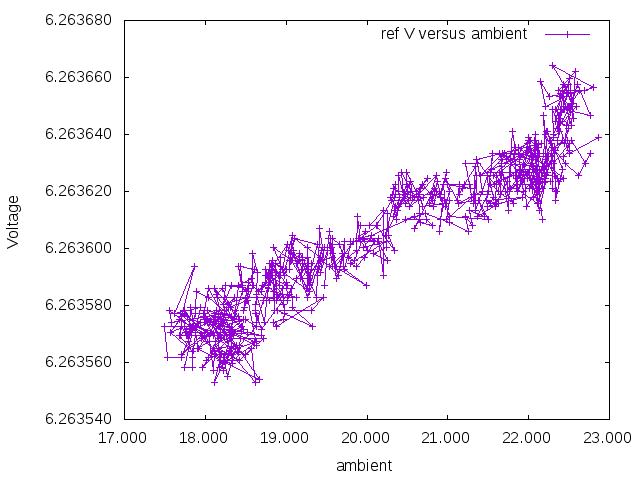 Resistor sensitivity can also be tested by spraying them with isopropyl alcohol and observing any change in the reference voltage due to evaporative cooling.

However the ptf256 used for the main OP feedback divider generates up to 200uV change in Zener output voltage.