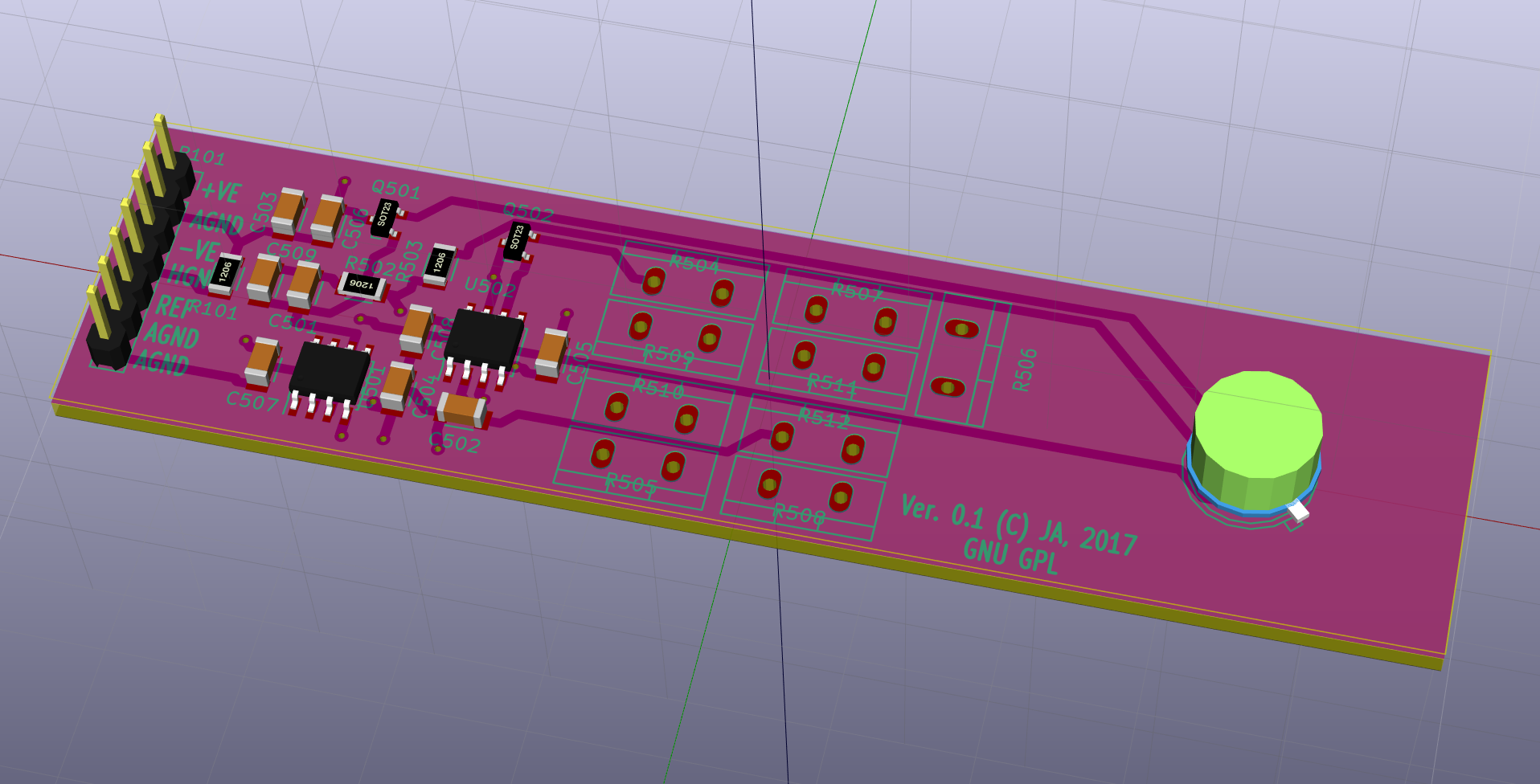 The current unknown for the 2DW23x is drift performance over time.

Using Kicad, I created a basic four-layer PCB that should be a more robust for some longer-term experiments than the perfboard implementation.

I found a source for some minature peltier coolers. In this case the 200ohm heater-resistor bonded to the bottom of the 2DW232 case could be replaced by a Peltier cooler with sufficient power to balance the heat generated by the zener current. It would be possible to set the regulation temperature to co-incide with expected room temperature - say 23C.